Sometimes ideas present themselves to us before we know that they’re here in perfect timing.

In December of 2019, I got to put together a special shoot for the January/February North issue of Pet Connection Magazine. It was kind of a last minute situation because there was supposed to be a different cover, but due to the lack of snow at the time the covers needed to be shot, we needed to shift gears. I had had this idea come to me as I woke up one morning before the call came that there wasn’t enough snow for the original cover concept, and when Tracy of Pet Connection Magazine told me they were rethinking the covers, I told her my idea.

I wanted to recreate the Lady and the Tramp spaghetti scene, but include the cover sponsor, Roy Robinson Subaru, in a creative way. We first thought we would get a dog couple together, but with such short notice and not wanting to risk any squabbles over treats, we ended up asking my girl, Kerouac, if she and her babies would like to go for a lovely romantic dinner. To be honest, bringing the babies along was a last minute decision as I was packing everything up the morning of our shoot. It might have been the best idea of the day. 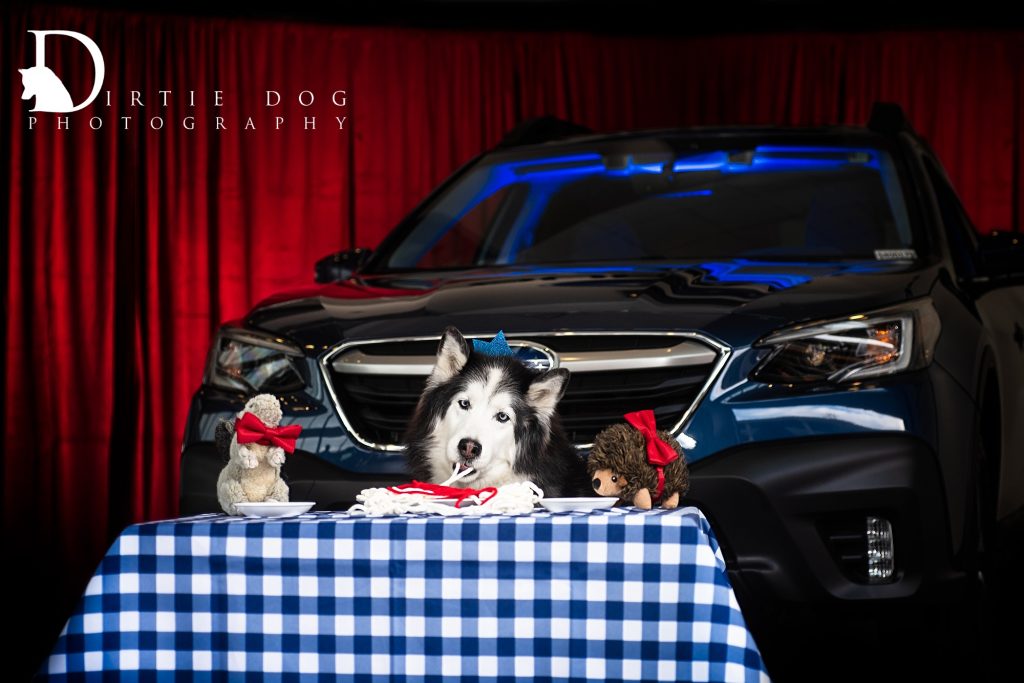 Some of the other ideas that made these images come to life were putting that blue gel on a flash inside the beautiful blue Subaru, and placing another flash on the ground to illuminate the red curtains. I’ve been wanting to use those red curtains for months, and I’m thrilled with how they work in these images. Of course, the real star of the show is Kerouac. What an absolutely magnificent dog I have. She’s more than that, though. She’s my heart. 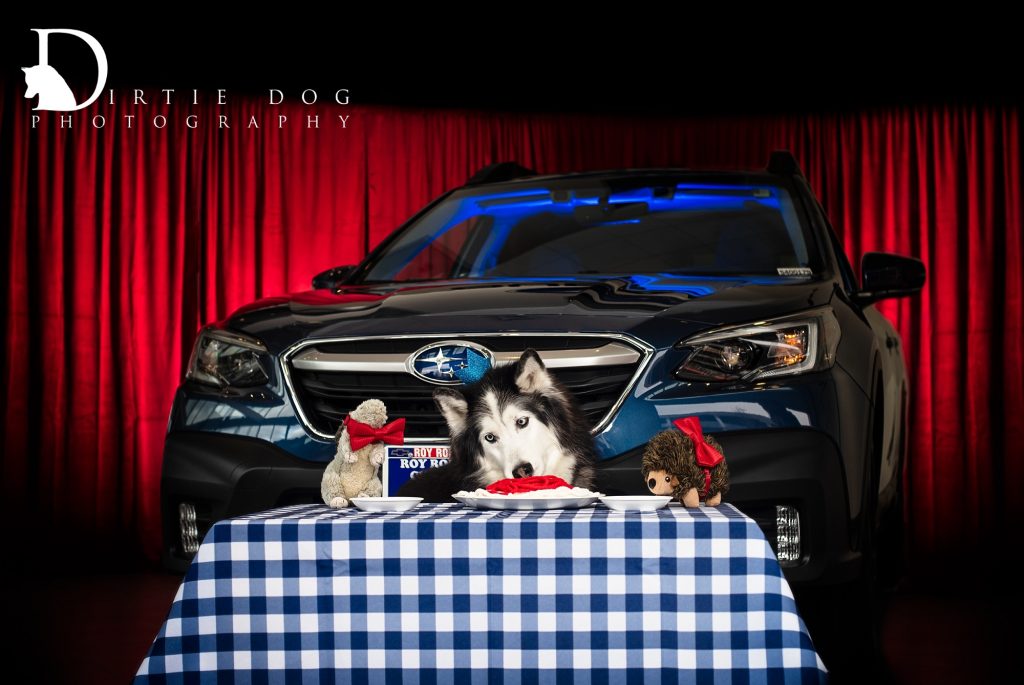 It takes a team to pull this kind of thing off.

None of this would have been possible without the amazing team who helped me create these images, and I would like to thank them for their incredible contributions to this nutty idea:

Tracy Campion from Pet Connection Magazine who made some delicious dog-friendly meatballs for Kerouac and her friends. Tracy also helped to keep Kerouac in place during these shots.  Thank you most of all for being just as excited (perhaps even more) as I was about this concept. You guys should have seen her face when I told her my idea. 🙂

Holly Cook of Holly Cook Photography who helped keep me positive when our first setup was not what I wanted, and then for finding the perfect space where we were able to create this scene. Also for loving on Kerouac and just being an overall amazing support!

And Holly’s husband, Tony, for hauling and setting up gear, having positive energy and most of all for hanging out with Kerouac while we got our lights and scene ready.

And of course, the folks at Roy Robinson Subaru for letting us shoot in the showroom, for moving cars around for us, and for being such a great support to the community. We love you guys!

It’s amazing how much time it takes to get everything just right, and then there are only a few minutes of actual shooting.How long did it take us to shoot these images? Well, if we’re measuring in meatballs, it took about five or six. 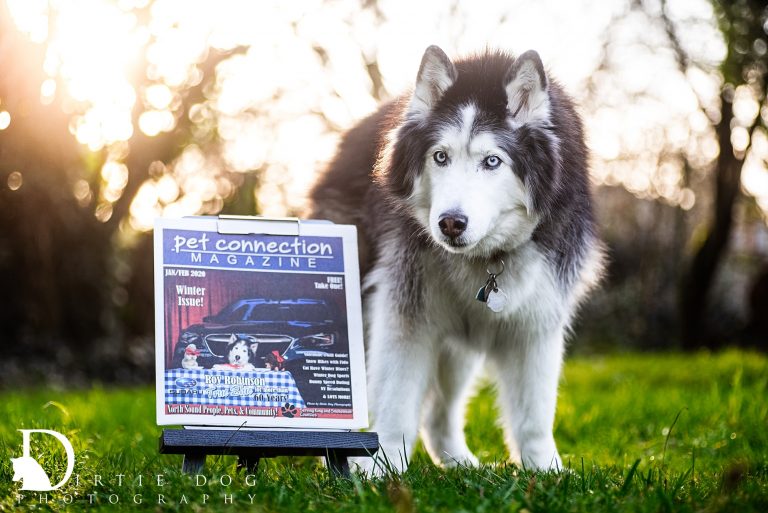 My stack of copies of the magazine arrived on my doorstep this morning, and Kerouac has let me know that she’s willing to sign a few for her adoring fans. What a star.

Want to check out the digital version? You can do so HERE!

Marika Moffitt is a story-driven pet photographer in Seattle. 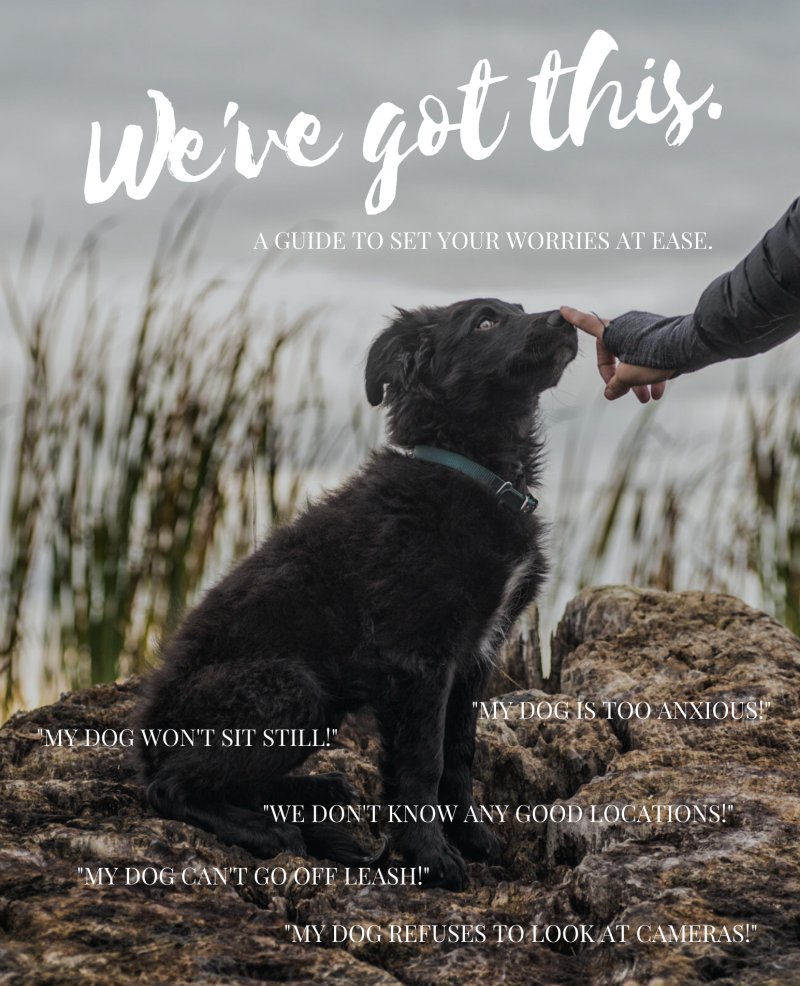 Want to know the top concerns clients have before their session, and how we can work together to overcome them?